Without a doubt the holy grail of many users who have contracted a data rate for their smartphone is to find a method that will make them save as much of that data as possible. A search that may come to an end with the launch of an application such as Datally for Android that allows users to use services such as Facebook, Instagram or WhatsApp and forget about their contracted rate thanks to Google.

And the best thing about Datally is that it’s an Android App that has developed and launched Google itself, which knows well enough how fare data flies when we use one of its services. It can be said that with this application we will be able to control in detail each of the GB that we have contracted without fear of receiving the typical warning that we have exceeded the limit.

How Works Datally for Android

What this application mainly does is connect to a VPN to block the connections of some applications. We are advised that this is a VPN that is completely secure and that the data is safe. What the application does is block the data consumed in background applications or automatic connections. It has a really attractive interface and very intuitive operation. 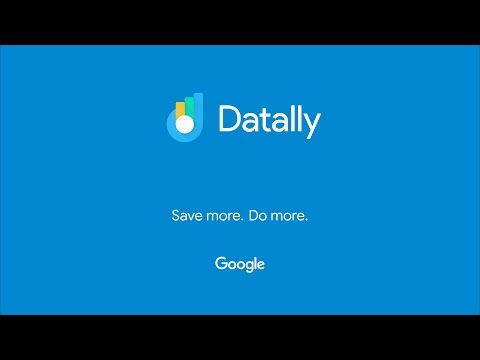 In addition to saving data, with Datally for Android we can connect to Wi-Fi networks, which the same application has previously scored thanks to the use of this public network by other users, to qualify it as safe or insecure. We can download this application completely free of charge from Google Play right now.