There are many ship games in Google Play and the App Store, and many similar, vertical scroll type, and today there is one more. This is Galaga Revenge, for Android and iOS, the classic game of the 80s (specifically in 1981) that for its 35th anniversary (would be 37, but good) has been completely redesigned, losing all the essence of the classic.

Galaga Revenge is now a top-down shooter, another one, where we will pilot a ship by sliding the finger across the screen and with automatic firing, and we will be collecting various items to improve our weapons, or even be able to change ship and save the Universe from the invading forces …

The game is particularly messy, not the casual type, where you just want to play a game, as it has so many options and even dialogues, where we will end up pressing the skip button intuitively to be able to skip the whole “roll” and play its different levels, which are quite short. 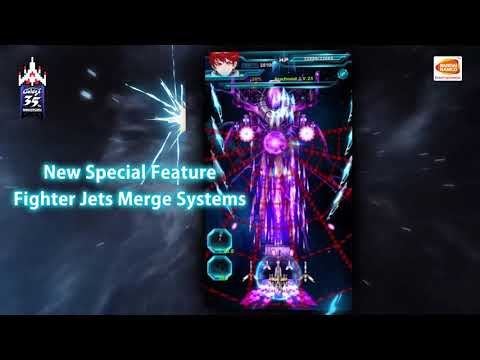 No doubt a game to spend hours and hours, where we need yes or yes an Internet connection, try to have WiFi at hand or you’re going to be stripped. This is definitely not Galaga.

I particularly prefer another type of ship games, where the finger does not end up covering the screen and the shots occupy everything, becoming invisible enemy bullets. I recommend The Invaders, for Android and iOS, a superclassic but has known how to adapt.