If you’re a fan of the Game of Thrones series, we take it for granted that taking the action of such a story to your smartphone and being able to play on different stages of the series, is an entertainment option to keep in mind. Now you have at least three Android and iOS Game Throne games that you can download to your smartphone.

These games don’t just go from fights and battles, as the Game of Thrones seems to give for much more, and the imagination of the developers has given some games, based on the TV series, which at least is curious and fun, without forgetting also that we are talking about completely free deliveries. Let’s get to know them a little better now.

This Game of Thrones: Conquest for Android and iOS offers us a high quality game as it has been created by a great company like Warner Bros and we have a game of management and creation, as well as no shortage of action either, we can build cities, create armies to invade or defend the famous seven kingdoms of the TV series. 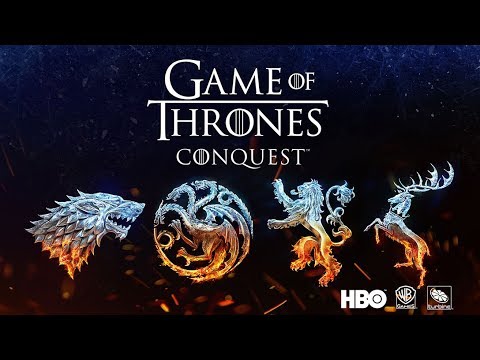 In Game of Thrones Ascent for Android and iOS things change a little bit, as in this game it is purely about fighting with warriors that we can arm for each of the objectives they have to fulfill. We have more than 3,500 missions in which we will have to attack non-stop as we improve skills or armor.

Quiz Game of Thrones for Android is the most curious of games that is based on the famous TV series. It can be said that it is the most original Game of Thrones for Android, since here we will not have to fight or anything like that, the thing is to guess the names of the characters that appear in the series, and we have more than 40 levels to complete, so the entertainment is assured.