King Crusher is the latest title released by Ankama Games for Android and iOS. It combines a retro graphic style with original gameplay mechanics, belonging to the Rogue-like RPG genre. Each game takes place in a 3×3 grid and, through a simple hit or quick blows given with pressure and glides on the characters, your heroes will have to face the enemy to take the throne of the kingdom.

The RPG component is the upgrade system: by changing from one scheme to another and leveling up, you’ll have the opportunity to unlock new heroes and spells. The learning curve is quite simple to handle, but you’ll need very quick fingers to figure out which box will hit the enemy.

The following is a brief summary of the game:

“You have to be born a king or a madman to do what you want.” For King Tease, it would seem that this is not a problem – for it’s quite possible that he is both. For he decided that this world had far too high a number of monarchs and that only one should remain: him! And so he’s sending out his Hand to slay all other rulers, to walk through forests, deserts, and green pastures, as well as volcanoes and cemeteries, in exchange for gold and glory but, more often than not, all they receive in return is… death and setbacks.

Another element that is not missing is in-app shopping. King Crusher is in fact a free title, in which the purchase of currency (gems) serves to encourage the user to progress faster in the game or to remove the advertising banners present in the free version.

King Crusher promises a lot of fun, through a combat system based on the speed of finger movements, the dynamics of the game, a strange medieval universe, not to mention that small dose of humor, which even in this genre of games does no harm. 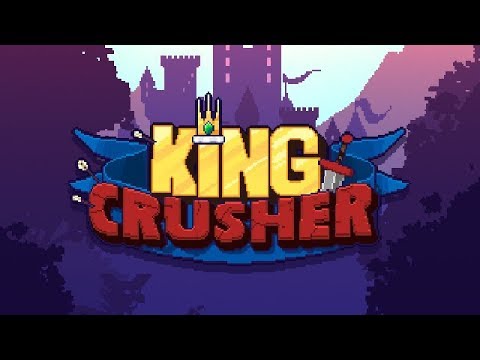 King Crusher is available for Android and iOS FREE and can be downloaded via the links below.