Today we want to introduce you Mom, I Want to Be an Astronaut, the new game from Zombie Brothers Games, an independent video game studio. This is an original Arcade-style game, although it may seem like a casual game, where we’ll have to create the weapon that will save the world from alien invasion.

During the game we’ll take on the role of an adventurous character who wants to be an astronaut, and in his first training mission he’ll have to carry the necessary blocks from a robotic hand that appears at the top of the game to the lower moon base, where a robot will be in charge of placing all the pieces necessary to create the weapon that will save us.

Mom, I Want to Be an Astronaut: Pure Retro Style

The game has a charming retro style, with graphics and music in the purest 8-bit style, which combined with the game’s own gameplay will make our time really enjoyable. Hundreds of enemies, final boss, ranking lists, achievements, power-ups of all sorts and many more surprises hidden in this wonderful game created for Android and iOS. 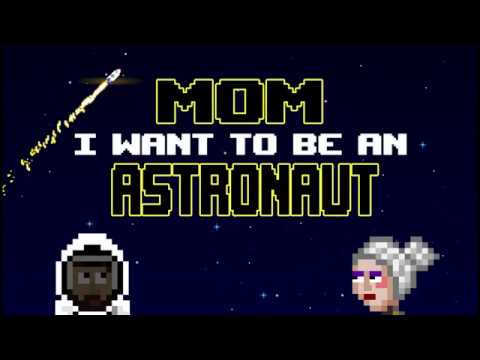 From here we want to wish all the luck in the world to its developers and ask all our readers to give the game a chance, it really deserves it, and besides, the game is free.