The fashionable perforated screens at the top are gaining increasing acceptance among smartphone manufacturers, and after the first advances with the recent Honor View 20 and the Samsung Galaxy A8S that have really opened the dances, even Nokia seems willing to launch a new device marked by the same design.

Nokia 8.1 Plus could represent a potential candidate, and according to a series of rendering and video images, made using the supposed CAD files disseminated by the site 91Mobiles in collaboration with the ever-active OnLeaks, this should be Nokia’s first smartphone to adopt a front camera inserted in a hole, at the top of the screen.

The front part, in addition to showing the hole in the upper left side in the same way as Honor View 20, which will house the front camera, allows you to see the Nokia words screen-printed in the lower frame, slightly more pronounced than all the others.

According to the information provided by the source, the screen will have a diagonal of 6.22 inches with a FullHD+ resolution. On the left edge is the volume balance and power button, while the 3.5 mm jack seems to survive on this model, thanks to what you see in the image above.

The main camera is located in the upper central part of the back, distinguished by two lenses, an LED flash and the word Zeiss in the center of the vertical module, slightly elevated above the body. Also in the centre is a sensor for taking fingerprints together with the screen-printed Android One words.

Finally, at the bottom edge there is a USB type C port for charging, the two speaker grids and the microphone. In addition to these images, a video was also made in which the different 3D representations were brought together. 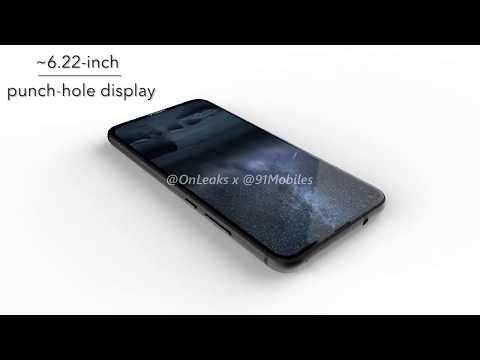 Finally, according to the source, Nokia 8.1 Plus should measure 156.9 x 76.2 x 7.9 millimeters, not counting the projection due to the main camera module, which would raise the thickness to 9.5 mm. There is no information on a possible release date.