Today we tried a game that surprised us, and that’s very difficult today. It is Square Love, both for Android and iOS, a game classified within puzzles, but that is out of the ordinary, being really very original and, why not say it, also very addictive.

The aim of the game is to make the protagonist, a blue square, reach the target, a pink square, for which we will slide our finger across the screen of the device in the direction we want to move its protagonist.

The simplicity of the game mechanism is accompanied by the simplicity of its graphics and sounds, which is extraordinary, since with something so simple you can achieve a very high playability, without having to resort to expensive and complex graphics.

Despite its apparent simplicity, each level will be a challenge, and I have to say that each new level has surprised me with its originality, appearing as obstacles, enemies or different means for which we will have to put our brain and all our skill to the maximum of its performance.

Original also the helpers that we will find in our way, each one of different color and with specific movements and qualities, which will move as we move our protagonist, and will be very necessary to be able to overcome each level (WARNING: it is necessary to wait that the protagonist or his helpers have finished moving to be able to make a new movement).

Hours and hours of play

The game consists of 150 levels, more on the way according to its developer, the first ones being quite easy to complete – they are learning – but increasing their difficulty as we progress, to a very acceptable level. In addition, the game has classification and achievement tables.

Square Love is free, but obviously contains ads after playing several levels, although it must be said that these ads are not very annoying, since we can skip them. You also have the possibility to remove these ads for a fee. 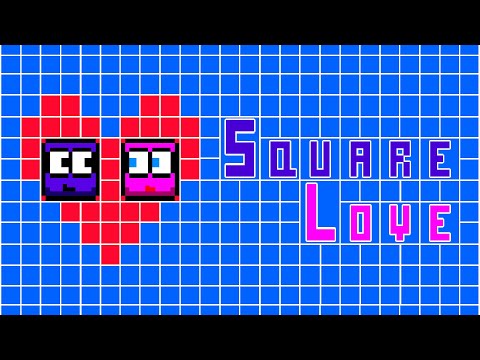 So if you want a game that makes you think (sometimes a lot), but for which you also have to prove your skill, you have found it, you will not be disappointed. Also, a Spanish game made by a guy in his free time at dawn XD (incredible). It’s worth a try!